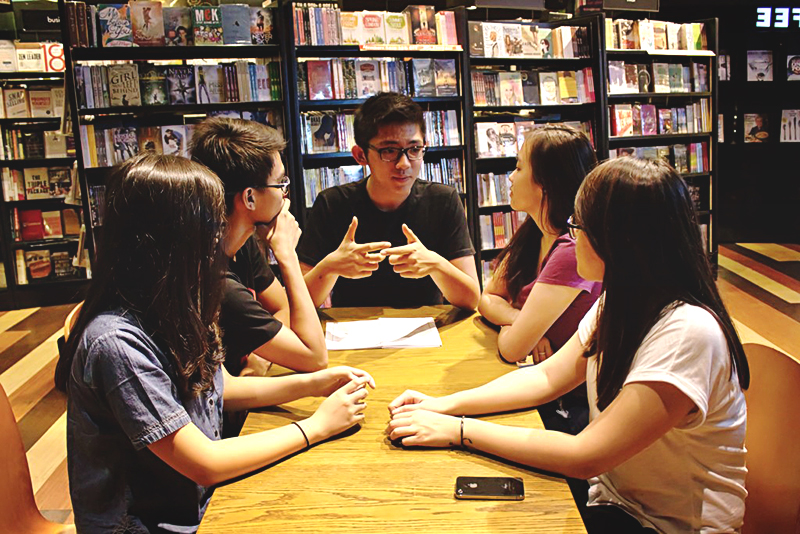 Millennials, the 16‐34 year‐olds, make up the majority of the total population of many Asia Pacific countries. It is estimated that there are about 606 million millennials in the Asia‐Pacific region.

While millennials make up a homogenous group in terms of age cluster, they can be categorized as either non‐affluent or affluent with the latter outnumbering as they account for 82 percent of all millennials in the region.[1]

Another reality is that these millennials are located in a geographically and culturally diverse setting.

Current and emerging socioeconomic and political realities are “disturbing” the millennials just as they have the capacity to disturb society.

Globalization, migration, and technology are some of the major factors that are redefining millennials way of life. They are digital natives who do not only “consume” media but prefer creating their own content. Technology (read: smart mobiles) is not a tool but the air they breathe. Social networking is an essential prerequisite to be connected. A major fear is to be a FOLO – Fear of Life Offline. Erstwhile, fear was to be a FOMO – Fear of Missing Out.

Preserving the status quo or being a mere passive spectator is out of the question as their lifestyle and work style is ruled by engagement, creativity, innovation, and change.

Millennials are into multitasking for several reasons but primarily to earn as much from as many revenue sources to be able to purchase their wants (and needs). Multitasking is also a means for creative expression –which they have plenty. From multitasking, they are now evolving into being multi‐hyphenate, e.g., a young professional writer, artist, and entrepreneur rolled into one.

How do millennials disturb society? Their being independent (if not self‐absorbed or “me culture”) makes them in‐charge of their future. They demand new careers (or even create their own) as they find many existing disciplines and professions as very traditional. The competencies earned in school are mere inputs to redesigning new careers. The school is just one of the many learning hubs.

Disturbing does not refer only to a negative disruption but also to a movement needed to rebuild a broken or unsettled society. We must disrupt in order to rebuild!

Are we disturbing our millennials giving them the environment conducive to change? Or are we just distracting them from releasing their energy?

We are “distracting” our millennials if we insist on enforcing inflexible rules, offering traditional (read: archaic) programs, setting or measuring standards and practices based on obsolete measures, feeding them with alternative truths (facts), and not giving value to arts and humanities (which has found renewal among our young people).

True to form, millennials can initiate and lead if the existing systems are unable to “deliver” what are needed to rebuild a society they envision.

Disturbing Asian Millennials: Some Creative Responses will examine the disruptions affecting our millennials and how these young people are creatively responding to or coping with disruptive changes and challenges. The conference will also crowdsource from them ideas and strategies in creating and building an alternative or desired Asian community.

The forum provides a platform to achieve the following:

AMIC 26th Annual Conference is envisioned to be for and by Asian millennials.

The conference may begin by featuring millennial “triggers” who will describe and examine ongoing disruptions and their impact on young people and society in general. The triggers are also expected to raise questions (and issues) which require reflection during and after the forum. The triggers will also discuss an ideal advanced communication education that will empower the young people to pursue a career of their choice (and design).

The triggers will be followed by the innovators, millennials who have shown exemplary practices as communication entrepreneurs or professionals. These innovators will also outline the competencies gained inside (and outside) the classroom and how these competencies enable them to succeed, if not excel. They may react to the insights shared by the triggers and present their own recommendations on how to succeed in chosen career(s) and define an ideal advanced communication program.

Calling Millennials and Centennials: Participate. See you all in India. Help us connect with
your colleagues by sending them this invitation.
Share This