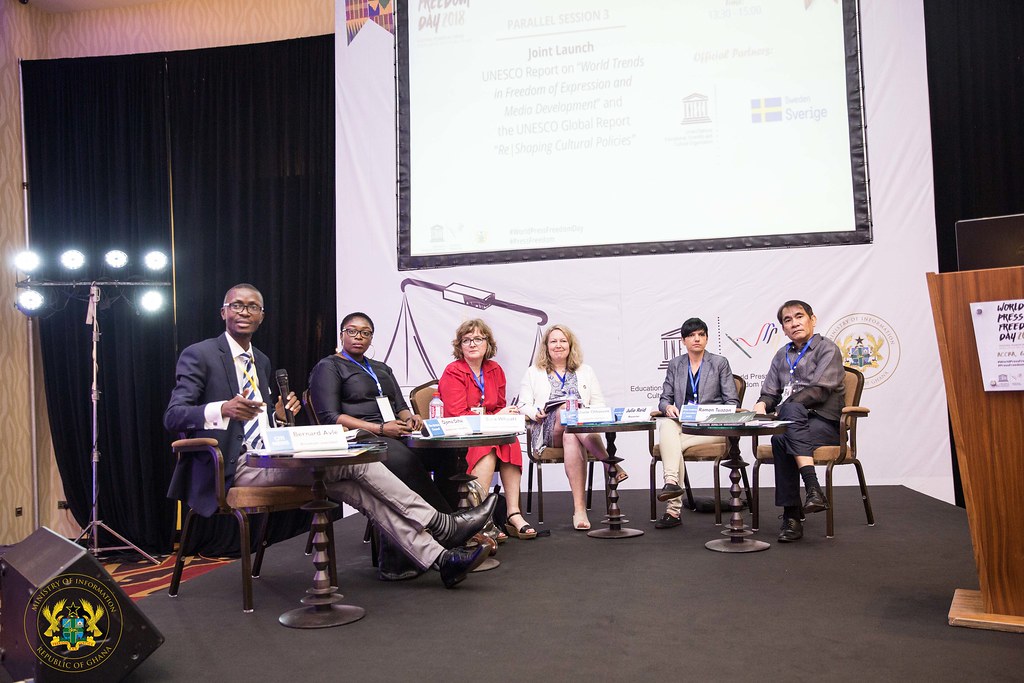 AMIC Secretary General Ramon R. Tuazon joined three panels organized by UNESCO in the recently convened 2018 International Association of Media and Communication Researchers (IAMCR) held at the University of Oregon on June 20-24, 2018. The three panels were “Wither the Communications Landscape in the next five years?,” New Challenges, New Curricula: Media Education in the Face of Disinformation and Attacks on Journalists,” and “Attacks on Journalists and the Issue of Impunity: The Fight for Sustainable Journalism against Civil Diminishment.” 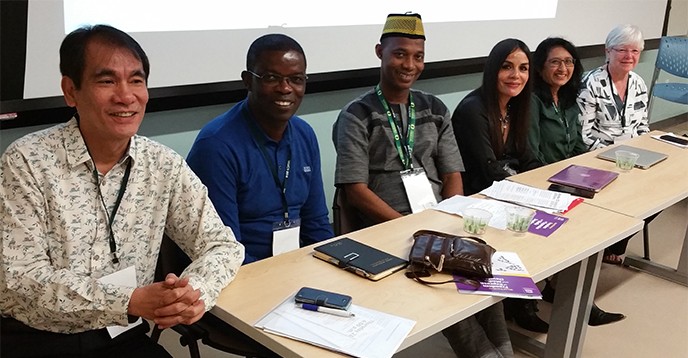 According to Tuazon, journalists’ safety is being compounded by the evolving ecosystem of violence against journalists in many parts of the world and the lack of public awareness, or worse public apathy, on the issue. He emphasized that safety competencies have emerged as new core competencies of journalists which should be integrated in journalism curricula. 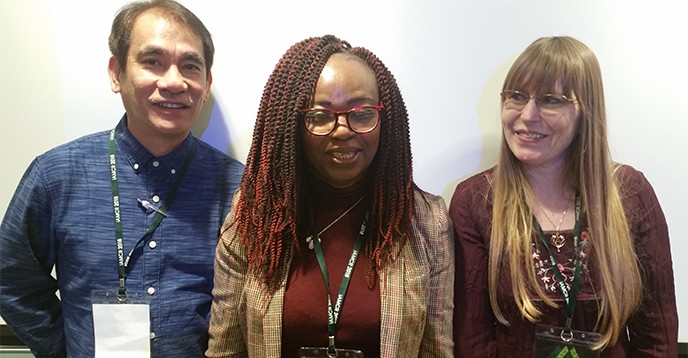 Panelists of New challenges, new curricula: Media education in the face of disinformation and attacks on journalists . © UNESCO

On the issue of impunity, he called for more interdisciplinary research especially the impact of political economy on the workings of media. He also urged the UNESCO and the academia to further engage young people to make them active stakeholders in pushing back sustained efforts to attack freedom of expression. SG Tuazon cited the recent 2018 AMIC Annual Conference with the theme “Disturbing Asian Millennials: Some Creative Responses.” The AMIC event was held in Karnataka, India and was hosted by Manipal Academy of Higher Education (see related story).

During the conference, SG Tuazon had separate one-on-one meetings with UNESCO Director Guy Berger of the Freedom of Expression and Media Development Division and Dr. Janet Wasko, IAMCR president. They discussed partnership opportunities in the areas of research, publications, and training.

Among the other AMIC stalwarts who attended the IAMCR 2018 were AMIC Board of Director Binod Agrawal and  AMIC Lifetime member and AMIC Asia Communication laureate John Lent. A number of AMIC members who attended the conference expressed their delight to SG Tuazon that AMIC has become more visible again in the past few years. SG Tuazon invited the members to be active in future AMIC events especially the 2019 AMIC Conference in Bangkok, Thailand.