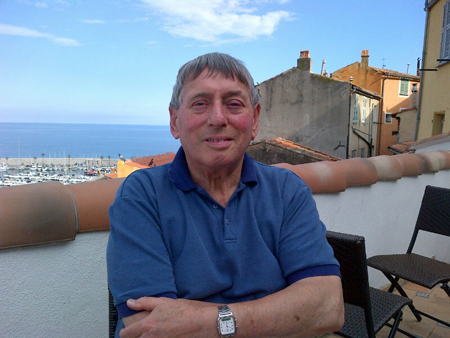 From the 1960s, he was involved in many strategic interventions that impacted on educational media, and communication for social change and development in Asia.

From 1969-72, he was based in Kuala Lumpur, Malaysia where he initiated and coordinated UNESCO’s communication and media activities in the geographical region in the Pacific that stretch from Turkey to Japan.

He helped plan the establishment of the Asia-Pacific Institute for Broadcasting Development (AIBD), a regional training organization for media practitioners.

Dr. Hancock actively supported the establishment of the Asian Media Information and Communication Centre (AMIC) as a regional institution in 1971.

He helped plan and develop major national educational television and radio projects in Singapore, Malaysia and Thailand. He worked closely with universities in Malaysia, India and other countries to establish programs in communication research and education.

As Director of UNESCO’s key Communication Division in its Paris headquarters, Dr. Hancock initiated and provided technical expertise and funding support to establish many media and communication projects worldwide, especially in Asia and the Pacific.

While he had worked as television and radio producer at the British Broadcasting Corporation, Dr. Hancock earned eminent academic and publishing credentials at the East-West Communication Institute in Hawaii. He wrote and published extensively, initiating the first UNESCO World Communication Report.

He earned his doctorate from the Open University in the United Kingdom. Both his BA and MA qualifications are from Oxford University.

Meanwhile, New Zealand-based Prof. David Robie is the current Director of the Pacific Media Centre at the Auckland University of Technology where he made outstanding contributions in all award categories: Research, Education, Institution-Building and Excellence in Journalism.

He also has a journalistic background of over 40 years, with two decades focusing on such critical issues as human rights and environmental issues.

Professor David Robie is an A-ranked researcher, the highest rank for a university-based researcher in New Zealand.

In 2014, he received the Dean’s Award for Research Excellence for “Critic and Conscience of Society,” for the Pacific Media Centre’s Pacific Media Watch freedom regional project.

This republication marks the 30th anniversary of the bombing by French secret agents of Greenpeace’s MV Rainbow Warrior on July 10, 1985.

Professor Robie also wrote the book Don’t spoil my beautiful face, a tribute to human rights in the Asia-Pacific. It captured the struggles of the oppressed, and the pivotal role that journalism plays to bring about positive change.

In 2014, the Journalism Education Association of New Zealand (JEANZ) cited him for the “significant role (he has) played in fostering journalism and journalism education and research in the Asia Pacific Region.”

He was awarded the Faculty of Design and Creative Technologies Award for Critic and Conscience of Society (2014); Dean’s  Award for Research Excellence (2012); Vice Chancellor’s Award for Excellence in Teaching (2011); and Creative Stimulus  Award for innovation in covering “hot topics” in the Pacific Journalism  Review research journal (2010).

In 2005, he received from the Pacific Islands Media Association (PIMA) the Pacific Media Freedom Award for an “outstanding contribution to the growth and development of journalists in the Pacific and New Zealand” (2005).