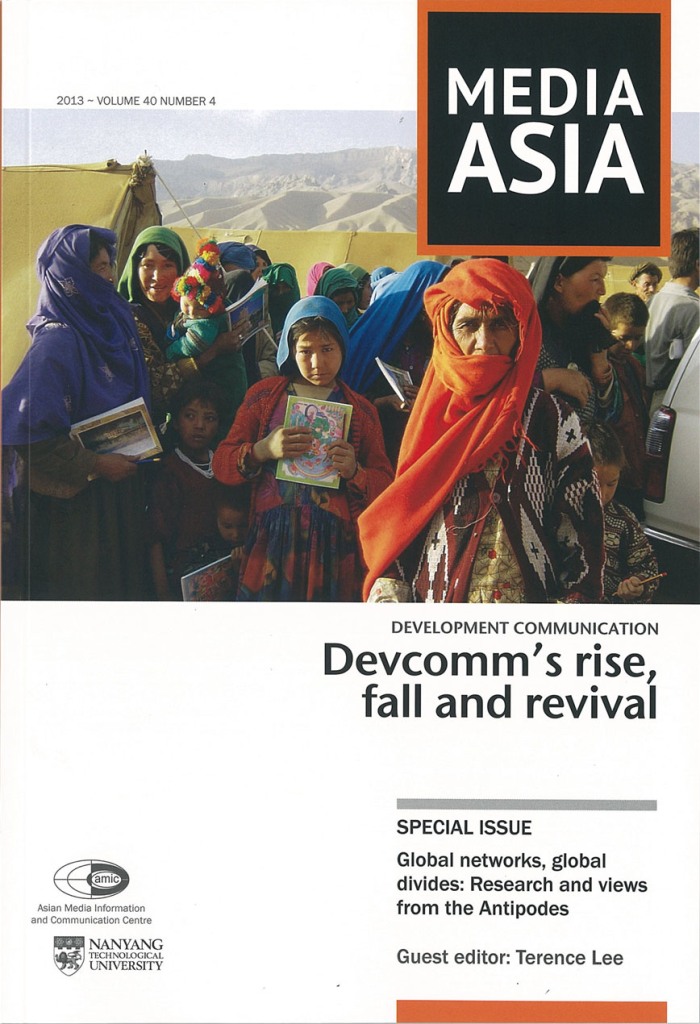 Professor Emeritus at Temple University and former winner of the prestigious AMIC Asia Communication Award, John Lent, is the subject of Media Asia’s highlight Interview. “I didn’t apply for grants” Lent tells interviewer Dr. Cherian George, “because I didn’t want to be beholden to anybody else.”  His passion for academic independence, not to mention comic art, has made Professor Lent an entertaining conference presenter and a global leader in the intellectual field of comics and popular culture. His Interview is full of wisdom and surprises.

Elsewhere, Media Asia includes an Insights article on media self-regulation and the Indian press by Singapore-based law and policy expert, Professor Ang Peng Hwa, and a case study by Dr. Usha Harris on the use of media in assessing climate change impact in the Pacific. AMIC Secretary-General, Martin Hadlow, contributes a reminiscence on media development in Afghanistan, where he was based for almost three years.

China and The Internet

What’s so Chinese about the Internet in China? That’s one of the intriguing questions proposed for delegates to discuss at next year’s Chinese Internet Research Conference (CIRC) to be held in Hong Kong.

When the first CIRC conference was held back in 2003, less than 25 million people in China had access to the Internet.  By July this year, that number had increased to almost 600 million and the use of the new technologies has influenced Chinese society and culture in a multitude of ways.  But what do we know of the way in which people in China access the Internet and how this has changed their work, leisure, relationships, families and studies?

The 12th CIRC, to be held at the Hong Kong Polytechnic University (19th-21st June, 2014) has the overall title Situated Practices on China’s changing Internets: from the users of mobile ICTs and Apps to Weibo posters and Social Networkers. It will bring together academics, journalists, market researchers, industry analysts, legal practitioners and business leaders to discuss the latest developments on the Internet in China.

In recent years, CIRCs have been held at Peking University, Georgetown University, University of Southern California and the University of Oxford. In June, 2014, the conference will return to the Hong Kong Special Administrative Region, described by the organizers as “a place both inside and outside China, with the world’s fastest broadband Internet next to the world’s most openly censored one”.

The call for papers for CIRC 12 is now open at http://myweb.polyu.edu.hk/~circ12/

The proposed establishment of an ASEAN Community in 2015 is a key topic for discussion at a forthcoming Singapore workshop for senior ASEAN journalists.

ASEAN, the Association of South-East Asian Nations, is on-track to launch its next stage of integration, namely the ASEAN Community, in just over two years time. To engage journalists on this and other key issues, the EU Centre in Singapore, in collaboration with the Konrad Adenauer Stiftung (KAS) and AMIC, is planning a workshop on Reporting ASEAN and Regional Community Building (13-14 Dec 2013, Singapore).

Regional cooperation and institutional developments in South-East Asia are gaining greater prominence and the launch of the ASEAN Human Rights Charter, the ASEAN Institutes of Peace and Reconciliations as well as various intergovernmental initiatives to bring member states closer together, are significant steps in ASEAN’s history.  How do all these developments and initiatives fit into the greater scheme of community-building in ASEAN, and what would ASEAN Community 2015 mean for the millions of individuals in South-East Asia?

Given the importance of the public interest in issues related to economic growth, development, human rights and other trans-boundary and cross border issues, the role of the media to inform, analyse and critique the developments in ASEAN is indispensable. It is with this in mind that the EU Centre, KAS and AMIC are collaborating to engage journalists and correspondents in Southeast Asia. The workshop will enable journalists to share some of the difficulties they encounter when reporting on ASEAN and will also be a forum for ASEAN and regional experts to speak on the challenges faced by ASEAN in constructing an ASEAN Community by 2015.  The workshop will also look at the role of external partners and discuss the experiences of other regions, such as Europe, in their struggles towards region-building.

The workshop outcomes and reports provided by the delegates will also feature in a book to be entitled Understanding the challenges of region-building – ASEAN in 2015 and the role of media in building an ASEAN Community.

The changing nature of the Indian media economy is to be explored in a research symposium and workshop to be held next year in New Zealand.

Under the title The Indian Media Economy: New Perspectives from New Zealand, the three day event will explore the way in which India’s emergent media economy has been shaped by progressive deregulation in sectors that were previously characterized by State monopolies and traditional family businesses. While multi-national actors now play a major role in India, domestic media empires like Essel, Bharti and Reliance have come to be a dominant part of the local scene. Several New Zealand firms, especially those involved in film production and digital cinema technologies, have made significant contributions to the media boom in India.

The symposium and workshop hosts, the University of Waikato in Hamilton, are now calling for papers. The event will be held in Raglan (near Hamilton) from 25th-27th February, 2014. For more details please visit the conference website. 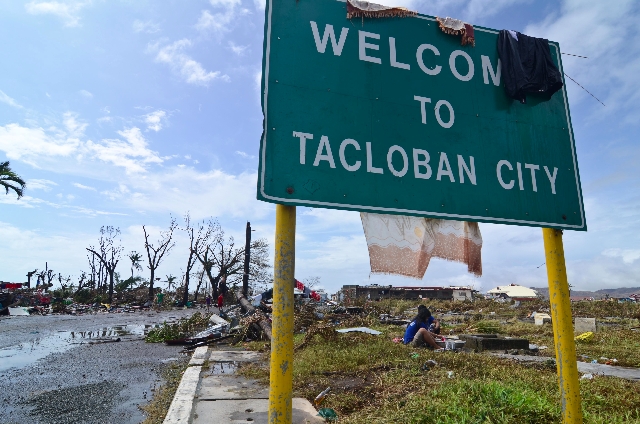 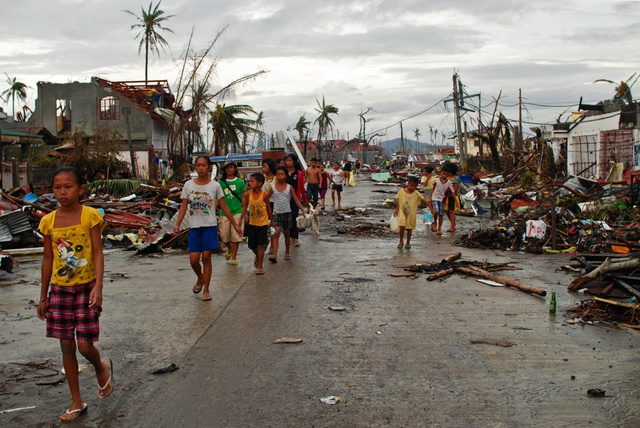 During the month, AMIC communicated a message of support and hope to AMIC members in the Philippines affected by the recent, highly destructive, Typhoon Haiyan (known also as Typhoon Yolanda).

“On behalf of all AMIC members, Board and Secretariat”, wrote Secretary-General, Martin Hadlow, in a letter to AMIC’s Country Representatives in the Philippines, “please accept our deepest condolences and concerns about the dreadful typhoon tragedy now impacting parts of your country. The human toll involved is truly appalling and we understand how overwhelming it must be for individuals, the Government and civil society organisations in coping with the catastrophe.”

AMIC’s Office Manager, Ivy Alcantara, who is originally from the Philippines, travelled with fellow Church members from Singapore to the typhoon area to reach out and assist. The group flew from Manila to Ormoc then travelled overland to Tacloban. “It broke my heart to see so many people, especially children, traumatized and requiring psychological counseling” she said. “By simply providing hope, food, lifting them up and asking them “how are you?” or giving them a pack of noodles, is already psychological first aid.” Ivy said that this was the most unforgettable trip in her entire life and she stands ready to assist again. Her graphic photographs of the destruction accompany this article. 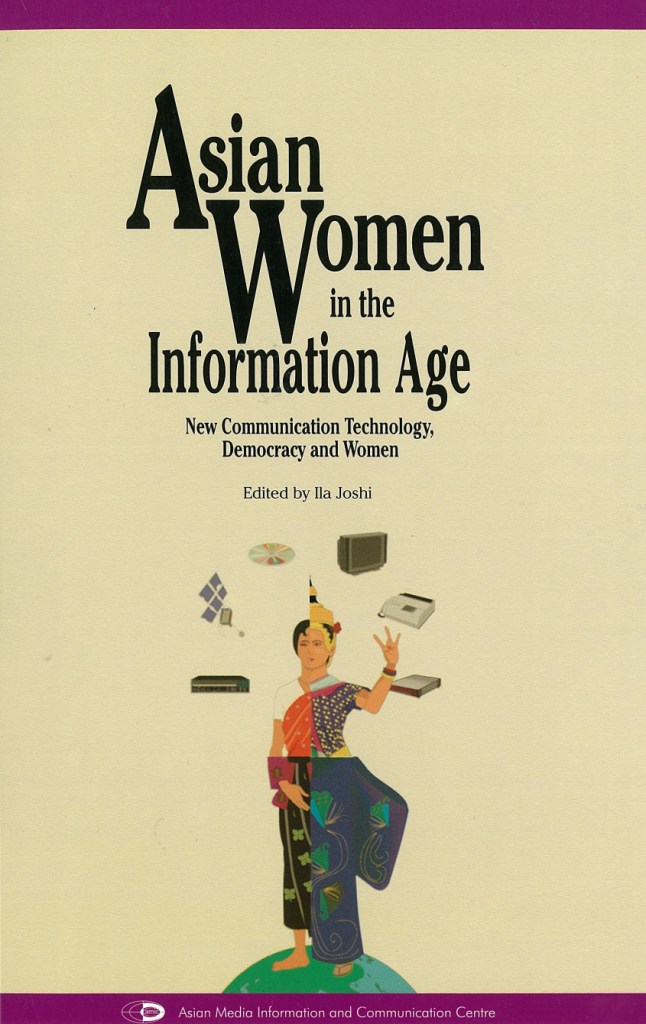 In light of the forthcoming UNESCO Global Forum on Media and Gender (GFMG) to be held in Bangkok, Thailand (2nd-4th December, 2013), it is opportune to remind academics and researchers interested in the topic that AMIC has been a leader in Asia in publishing and research in the gender and development discipline for many years.

Asian Women in the Information Age: New Communication Technology, Democracy and Women and Changes and Challenges: Women in Newspapers in South Asia are just two of the AMIC back-titles still available for interested readers.

To recognize the importance of the UNESCO Global Forum on Media and Gender, AMIC is offering these two books at a 50% discount (+ postage). More details at www.amic.org.sg

Have You Renewed Your AMIC Membership?

We don’t want you to miss all the advantages of being an AMIC member!

AMIC membership operates on a calendar year basis, with the 31st December being the date on which renewals are due. Early-bird renewals will receive a complimentary copy of the AMIC book Asia’s March towards Freedom of Expression and Development. [K. Seneviratne and S.Singarayar, Eds.]

AMIC membership provides for a range of other benefits and advantages, including discounted rates on AMIC publications, along with access to free on-line journals. It also enables academics and students to attend AMIC conferences and workshops at privileged registration fee rates.